The island of the Rabbits is an Italian island belonging to the archipelago of the Pelagie islands, in Sicily.

It is an authentic wonder, in a dream setting, immersed in an enchanted atmosphere, with an incredible marine fauna and a water whose limpidity and blue nuances attract visitors and tourists from all over the world. And all this at just over an hour's flight from any Italian airport.

Isolotto dei Conigli is a charming place that is located in the south-west part of the island of Lampedusa.

It is a small island that stands in the middle of a large bay, whose surface is about 4.4 ha, while the maximum height of 26 m.

The islet is the realm of the seagull, which has a population of about 100 pairs, and it is here that it nests; also lives exclusively on the rock (as well as in the African areas from which it comes) a particular species of lizard, the psammodromus algirus.

Controversial is the origin of the current name of the bay. In a paper by Admiral Smith (1824) we read "Rabit Island" for the first time.

In subsequent cartographies this toponym was improperly translated from English (rabbit = rabbit), while its derivation from the Arabic term "Rabit" seems more likely, which can be translated into a link (or that links, links) suggesting a plausible reference to the isthmus that rarely forms between the islet and the coast.

The Italian name could therefore be considered a real linguistic project here.

According to others, however, the origin of the name is due to the fact that, many years ago, a colony of rabbits reached the islet just when it was connected to the mainland.

When the sand bridge disappeared and the waters of the sea emerged, the rabbits were trapped, reproduced, becoming so numerous that they baptize the place "Isola dei Conigli".

The whole therefore remains "linked" to this strange and fascinating phenomenon that sees the island reunited with the mainland and whose scientific motivations are perhaps still unclear. 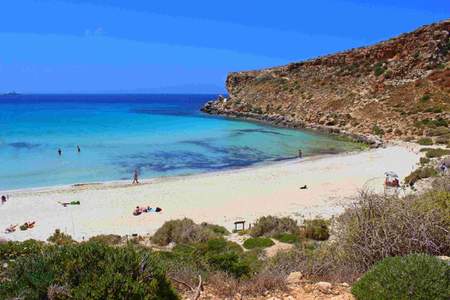 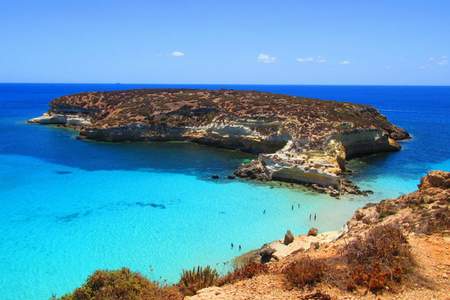 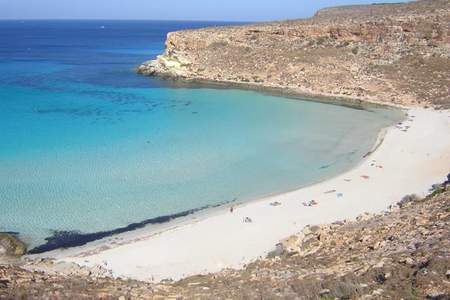