Nik and Hiske established themselves in the MUSABA area since 1969.
They plan and follow the work in progress, they meet the visitors and live intensely the museum park and the nature that surrounds it.

Nik and Hiske start the work of the entire area surrounding the former monastic complex, destined to become a Park and Mediterranean Art Gardens. Begin to plant hundreds of plants and shrubs of various species. They recover the riverbed of the Torbido river, damaging it by reclaiming it. The ancient olive grove of the cross is recovered and expanded.
Over the years the Park will cover an area of about 70,000 square meters and will be enriched by monumental works created by international artists.

Families
The Laboratory Museum is open to everyone while staying overnight at the Art Residence
children under the age of 18 are not allowed.

The entrance fee includes
the visit to the Park with site-specific works, the Rosa dei Venti, the monumental Opera, the "Dream of Jacob" inside the church of 1100, the Mosaic located in the Foresteria

Fantastic legends encompass the history of this remote region of Italy, such as the Homeric monsters Scylla and Charybdis and the Norman tale of the Fata Morgana. A succession of people and civilizations (Villanoviani, Ausoni, Fenici, Greeks, Romans, Swabians, Arabs and Aragonese), fused with the original Italic inhabitants, left an artistic and architectural imprint. The geographical isolation of the Region, interrupted only with the development of recent transport, has preserved a rich cultural and archaeological heritage since the Neolithic period.
The Santa Barbara promontory is home to the remains of the ancient Carthusian monastic complex, which bears witness to its history, which dates back to the fourth century. From 1193 until 1514 the Cistercian abbots who had taken over the Carthusians were masters; returned in 1300 the monks of San Bruno asked the emperor Carlo V to reintegrate the feud. The Carthusians remained in Santa Barbara until the abolition of feudalism in 1808.
In the cloister is the ancient Roman baths of the imperial age (II / III century AD) and is topped by a barrel vault.

Guided tour of the Museum Park, an introductory film vision,
meeting with the founding artists Nik Spatari and Hiske Maas,
Spatari recounts his monumental work "Il Sogno di Giacobbe"
and his theory on the evolution of the history of Mediterranean art.
The guided tours - min.15 pp - are held exclusively in the morning 9-12
only by reservation with at least 5 days notice.
They can be booked from Monday to Friday from 8 to 14
tel.333 2433496 - info@musaba.org 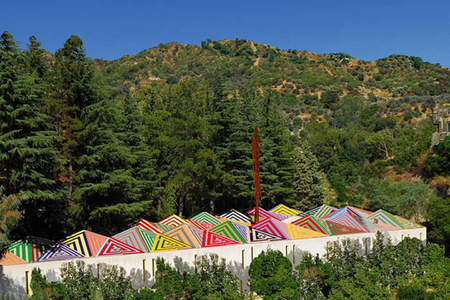 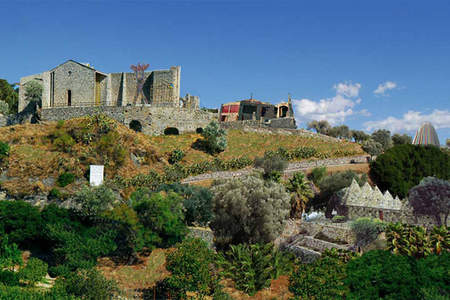 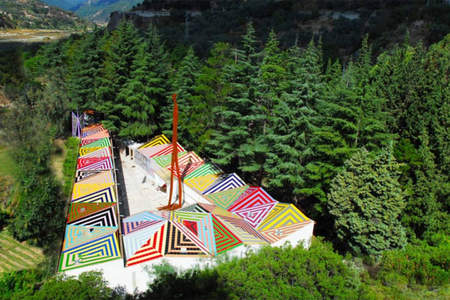 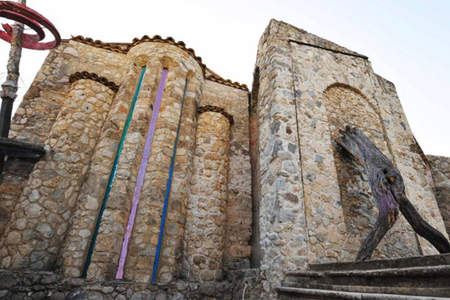 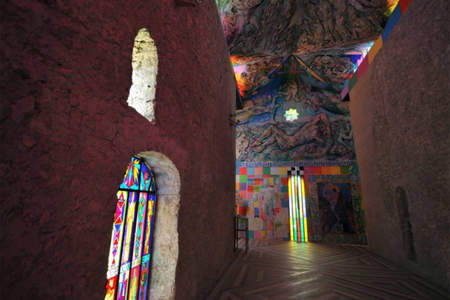 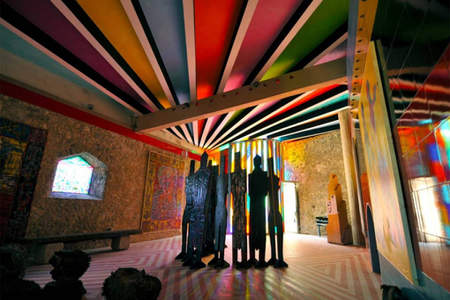 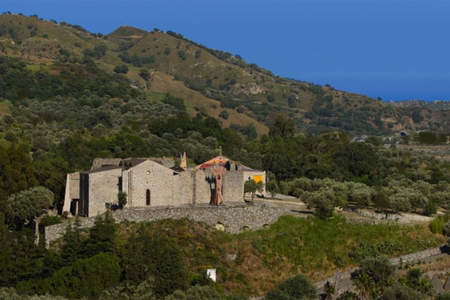 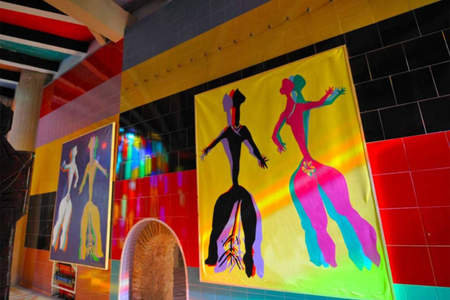