A few kilometers from the center of Rome we find the Tor Bella Monaca Theater which promotes art in all its forms and offers beautiful shows for children and families.
A big bet and a lot of attention for the wide programming that leaves no one out.

The Teatro Tor Bella Monaca was opened on December 9th 2005 thanks to the support and collaboration of Roma Capitale - Department of Cultural Policies and Department of Policies for Suburbs - of ETI Italian Theater Authority, of the Lazio Region and of the University of Studies of Rome Tor Vergata.
It was an event of extraordinary importance, a real cultural wager, to enhance a territory rich in potential, the current VI Municipality, one of the most populous municipalities in Rome.

"What might have seemed a mere and amusing advertising slogan: We will not propose a theater of effects but a theater of affection, it turned out to be a way of thinking that the public understood by rewarding us with its presence and that captured the interest of many artists who from all over Italy they participated in our seasons because, beyond the gain that few could boast given the impossibility of making substantial collections, the important thing was to be in our seasons as a sign of an almost partisan will. The secret of this extraordinary result lies in a simple thought: A theater needs an identity that is easily recognizable by those who live around it, it must not look like a fort besieged by a reality that feels its walls hostile, distant, others from those of their homes.
Here, it was fundamental for us to present ourselves immediately as good neighbors able to bring an extra living room to the neighborhood, a common room where we can meet and talk about sensitive things: affections, civil commitment, art, theater, music. Life. As people we fell between people, and as such we were recognized by people. The doors of our theater were always open to anyone who wanted to come in, ask and get to know us better. This is the secret of an extraordinary success in a neighborhood that in city chronicles is often depicted as an infernal circle but that among its numerous and serious problems and its contradictions has given birth to a lineage of people who only want to have the opportunity to demonstrate their feelings and their highest aspirations. Stand by us. Only sadness alone is recited ".
The Artistic Director Alessandro Benvenuti

The Teatro Tor Bella Monaca has proposed itself as a social and cultural reference for the city, open and usable, a lived place, able to intrigue, aggregate, stimulate and guarantee the accessibility of artistic creation to the whole territorial community and to the whole city , favoring the relationship between local cultural production and the national scene.

The building, located inside the large complex of the Town Hall, was designed as a flexible system of spaces: it includes two theatrical rooms (the big hall with 282 seats and the small hall with 98), a rehearsal room and more spaces in which to hold meetings, exhibitions, workshops, training sessions. 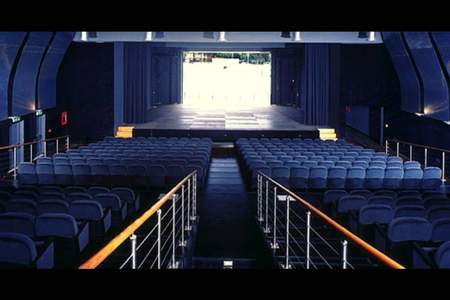 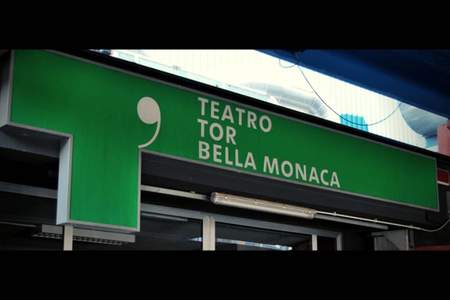 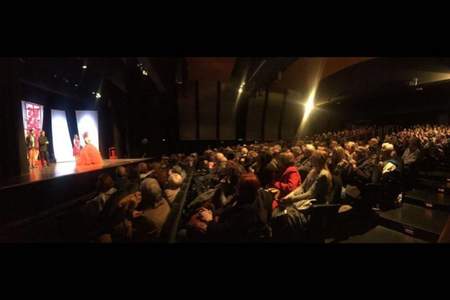