In the south-italy, in Puglia, immersed in the countryside strewn with olive trees, on an extension of about 3 hectares, rises the botanical garden "Lama degli Ulivi". Its absolute originality is immediately visible to the visitor both for the setting and for the harmonious approach of species coming from every area of the world, where different plant varieties live in perfect harmony. They are reminded, intertwined, and bloom together. A place where geographic distances are canceled and time appears to be suspended.

It is the Botanical Garden "Lama degli Ulivi", located within the company Vivaistica Capitanio Stefanio, in Monopoli in Contrada Conchiglia. We can call it a true work of art, a unique, magical, amazing naturalistic trail.
It extends into an ancient Lama, a typical Karst depression between these areas between the sea and the hills, excavated by time and past water.

The works dating back to 1000 d.c. and 1200 d.c. are by monks who fled the Ottoman Empire during the long Christian persecution.
Stabilized in these areas, they have transformed pre-existing caves into places of worship and spread of Christianity.

The garden also aims to divulge and protect these historical-cultural testimonies.
The first is the rocky church of Iacovella, a little church carved, a little built church. Ancient, originally destined for Greek liturgical use, is characterized by frescoes (mostly rediscovered, probably in the same years as the Church was rebuilt between six hundred and seven hundred). The second is the rock church of S. Cecilia: it is one of the richest in colors that the territory of Monopoli can preserve. Inside it seems to go back in time, with the silent emotion of being in the presence of God. 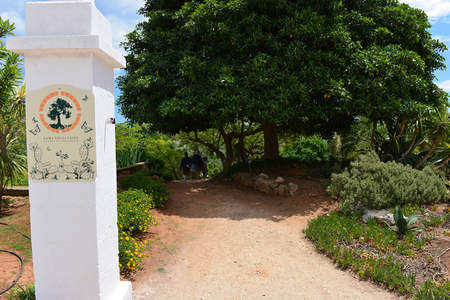 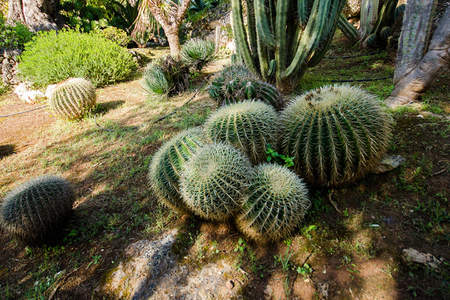 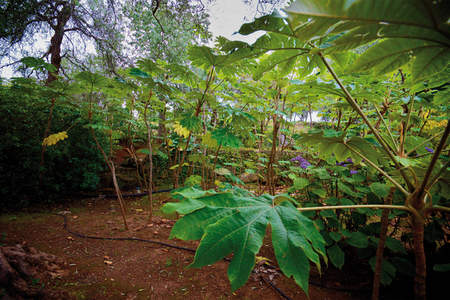 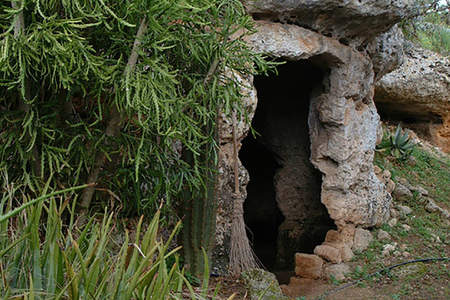 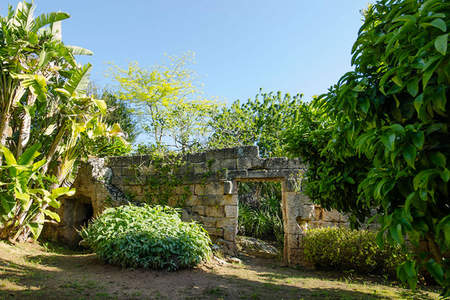 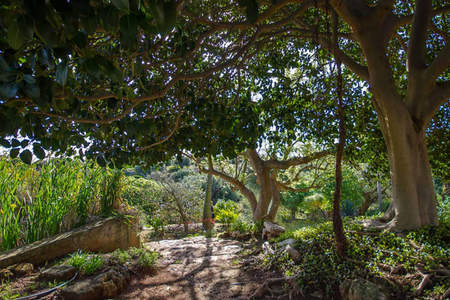 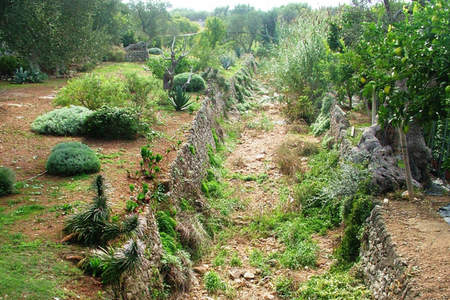 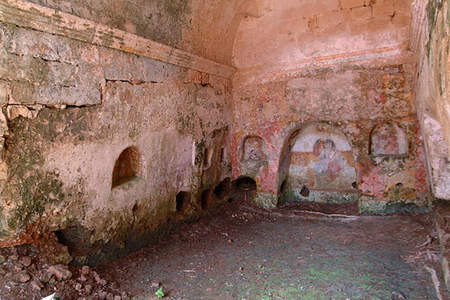