The Torre Santamaria residence is a new tourist accomodation located on the plain of Mattinata just 300 mt. from the sea. Tradition and modernity combine in the recovery of a small masseria / tower of the seventeenth century, next to modern structures in line with the bioarchitecture, thought in symbiosis with the natural context constituted by the traditional Mediterranean garden.

From the residence you can access the equipped and contracted beaches of the white beach in Mattinata pebbles, among the most extensive of the Gargano, which is the cornerstone of the green-silver expanse of centuries-old olive groves and citrus groves.

It has 32 apartments located in 4 structures with independent access

The resort complex, located in Funni, is a mix of historic buildings - highly symbolic - alongside other contemporary seamless past and present, in a complementarity between push towards innovation and bond with tradition.

In the small rural building, restored in its original forms of masseria / tower, were placed common services such as reception, reading room, multimedia room and panoramic terrace.

Four isolated buildings, with four self contained apartments for each of the two levels, are the contemporary addition and the residential endowment of the complex.

The modern architectural impression of the receptive buildings, with four accommodation on two levels, responds to the most up-to-date bioethics dictates, offering juxtaposition of languages with the use of traditional garganic white stone next to modern materials such as glass and steel.

The accommodations, while differentiating between the basement and the mezzanine floor, have been conceived with the same design philosophy in the duality between the enclosed and protected stone box, which accommodates the sleeping area and the services, alongside modern day living areas featuring large windows Functional to allow dialogue with the surrounding green space. 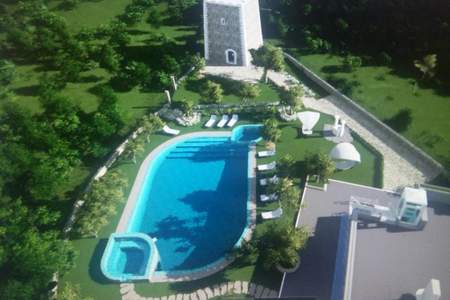 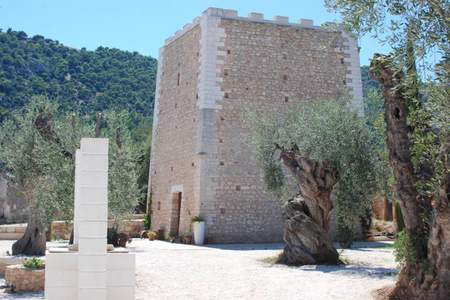 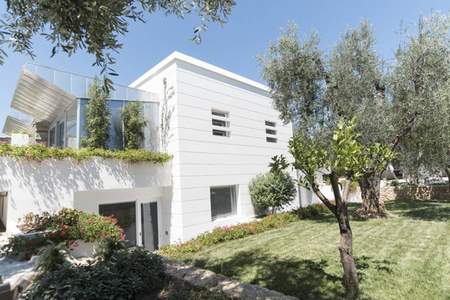 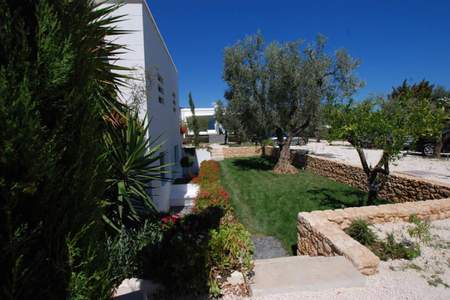 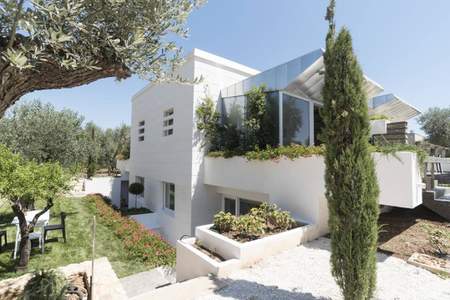 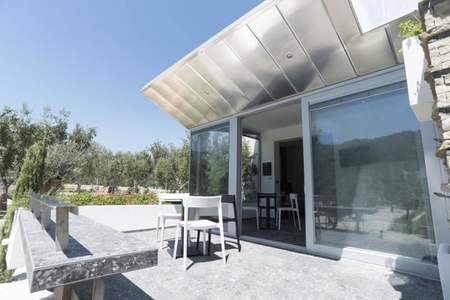 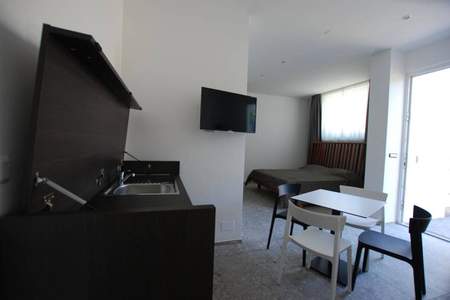 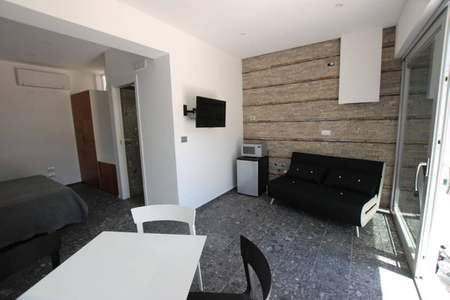 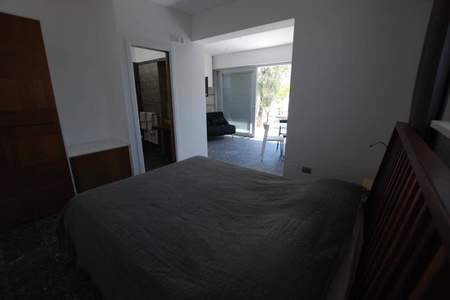 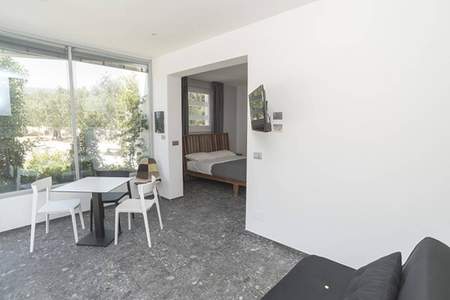 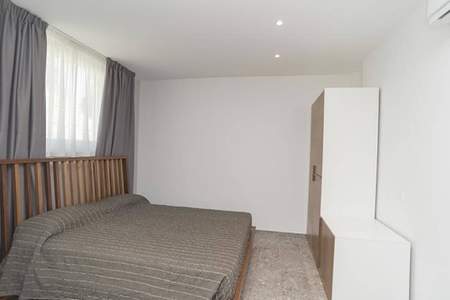 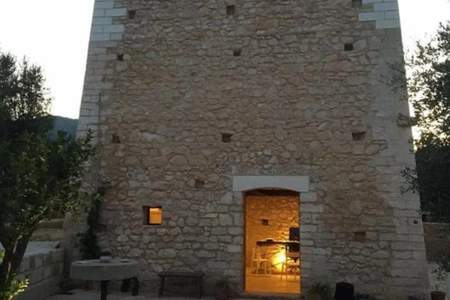 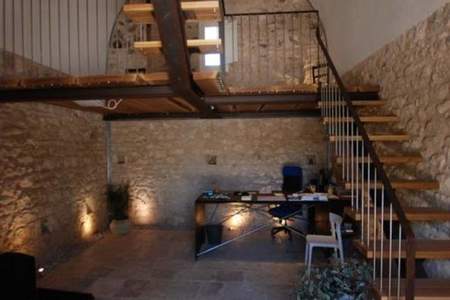 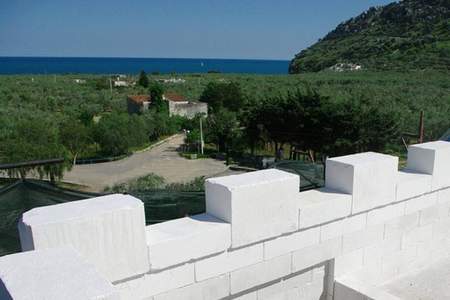 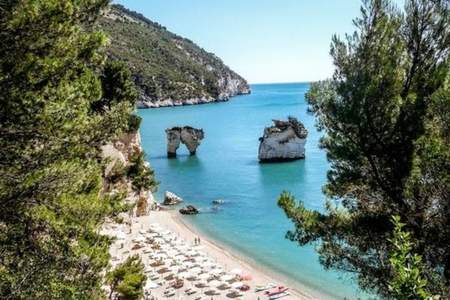 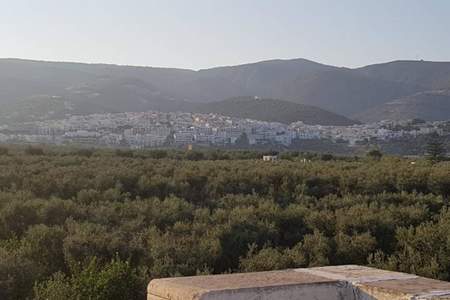 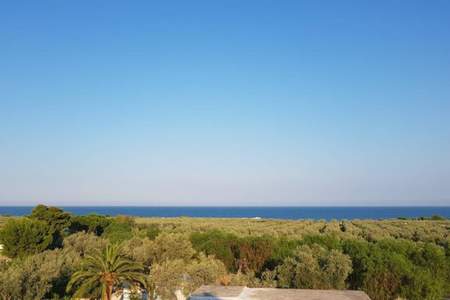